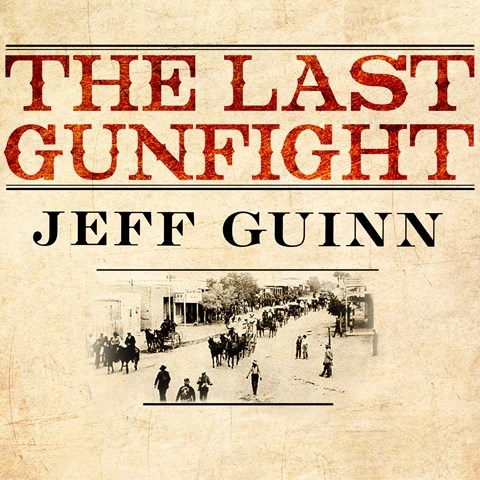 THE LAST GUNFIGHT The Real Story of the Shootout at the O.K. Corral—And How It Changed the American West

The actual 1881 gunfight in Tombstone, Arizona, involving the Earps and the Clantons, plays only a small role in Jeff Guinn's narrative. Earp family history, cattle rustlers, the mining town itself, and the building of the Wyatt Earp legend are of more interest to the author. Stephen Hoye's narration creates a full tapestry of the West. He delivers wry humor and hints of coming drama in a clear voice. Guinn’s book examines not only the way the gunfight changed from history to myth but also the way other lives were rewritten throughout the West. The result is a fascinating blend of history and pop culture. J.A.S. © AudioFile 2011, Portland, Maine [Published: SEPTEMBER 2011]