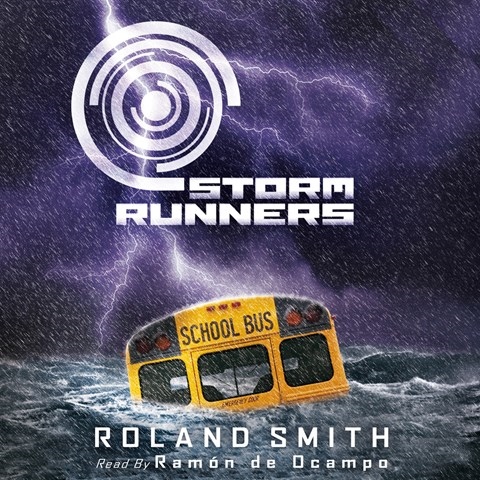 Can a first day at a new high school get any worse? Chase Masters is dropped off to stay at a winter circus compound by his father—a storm chaser. But soon, after a bus crash, Chase and two new friends find themselves pursued by a deadly hurricane through a Florida preserve. Ramón de Ocampo steadily narrates horrific events that range from electrocution to gators and escaped tigers. Chase’s voice reflects the calm he imposes on himself, aided by his father’s imagined advice, which plays in his head. Biting sarcasm between the news anchor and the local weathercaster—performed by Bronson Pinchot and Samantha Quan—adds a sharp humor to the tension. John Morgan portrays Chase’s dad, and Hillary Huber portrays the Weather Channel meteorologist. A major cliff-hanger ends the novel, and in a closing personal interview, the author cites THE SURGE as the second title in this planned trilogy. D.P.D. © AudioFile 2011, Portland, Maine [Published: APRIL 2011]