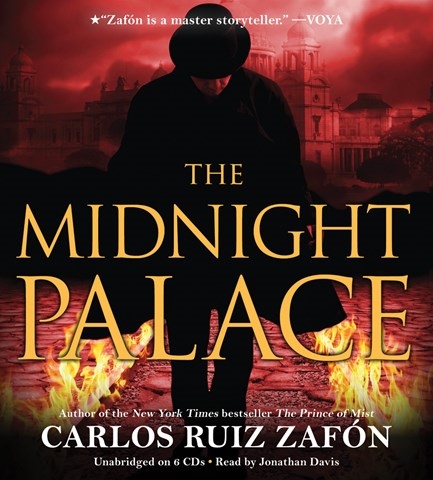 Narrator Jonathan Davis perfectly matches the tempo and emotions of this gothic tale. In Calcutta, 1916, a soldier sacrifices his life in saving two orphaned newborns from a mysterious evil being. One of those babies, Ben, is left at a Catholic orphanage. The boy thrives, eventually joining a secret society that meets in a ruined house dubbed the Midnight Palace. Sixteen years later, the evil presence reappears to claim Ben, forcing the society of teens to find a way to defeat the magic and stay alive. Davis’s delivery is strong. However, the occasional use of sound effects and music under his voice is distracting and muffles the narration. In addition, his slight Spanish accent makes it difficult for listeners to remember that the story’s setting is colonial India. C.B.L. © AudioFile 2011, Portland, Maine [Published: NOVEMBER 2011]