Home»Reviews»THE GEEKS SHALL INHERIT THE EARTH 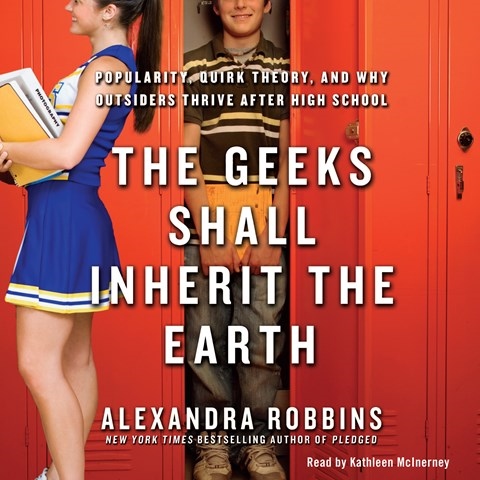 THE GEEKS SHALL INHERIT THE EARTH Popularity, Quirk Theory, and Why Outsiders Thrive After High School

Fresh-voiced Kathleen McInerney delivers a solid narration of Robbins’s forceful argument against the marginalization of those who choose to buck adolescent group norms. The book’s approach is a close and careful examination, with vignettes of seven real-life examples of “geeks”: the Nerd, the Weird Girl, the Band Geek, and others. Well-known people such as Albert Einstein and J.K. Rowling are presented as examples of the “cafeteria fringe” who later excelled in life. McInerney’s direct, youthful narration is characterized by appropriate pacing and enthusiasm. W.A.G. © AudioFile 2011, Portland, Maine [Published: AUGUST 2011]