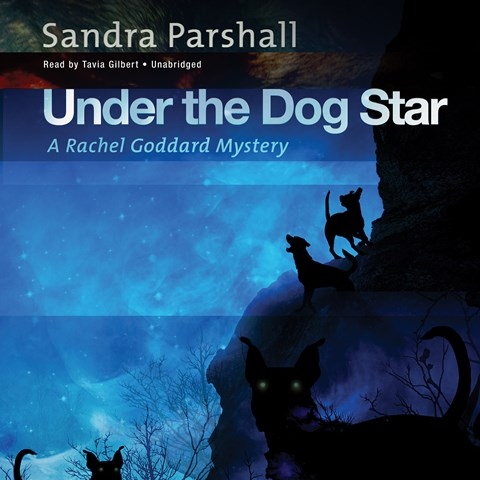 UNDER THE DOG STAR A Rachel Goddard Mystery

Narrator Tavia Gilbert fully conveys the country twang and warmhearted nature of capable, hardworking vet Rachel Goddard. In her Virginia mountain town she investigates the troubling disappearance of local pets and struggles to capture and reform feral canines that are killing area livestock. Also dead-on is Gilbert’s characterization of Sheriff Tom Bridger, Goddard’s live-in beau, who is investigating the murder of a local doctor by a vicious dog. However, when Gilbert voices the mob of angry men who are up in arms about the murder and the dog pack, they don’t sound as intimidating as they ought. Overall, though, the tension and suspense are only slightly impacted by a few weak-voiced villains. D.P.D. © AudioFile 2012, Portland, Maine [Published: JANUARY 2012]