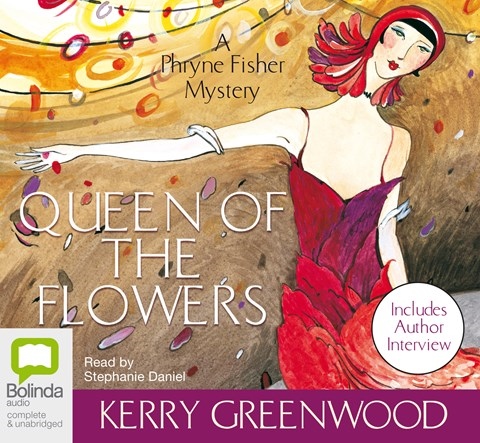 QUEEN OF THE FLOWERS

The setting of Greenwood’s series, 1920s Australia, and the character of Phryne Fisher—noble and naughty, soft and tough—are favorites of listeners. Narrator Stephanie Daniel captures Phryne’s personality as well as the diverse international cast that surrounds her. In addition to being selected Queen of the Flowers for St. Kilda's summer festival, Phryne must search for her runaway daughter and chase a gang of criminals who are part of a carnival. An added treat is Daniel’s interview of the author, in which Greenwood talks about her sumptuous descriptions of Phryne's wardrobe, examples of which grace her books’ covers. The interview also demonstrates the wonderful chemistry between author and narrator. S.G.B. © AudioFile 2011, Portland, Maine [Published: JUNE 2011]