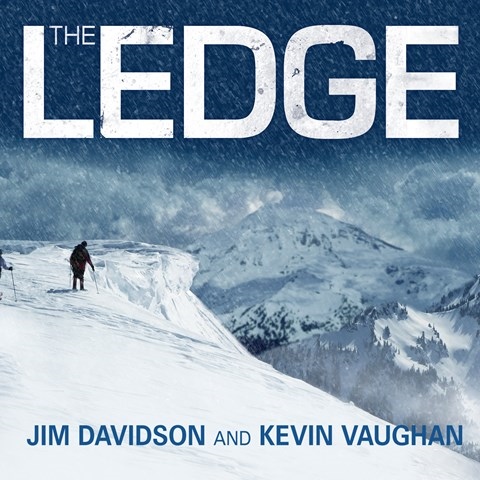 Jim Davidson suffered a harrowing ordeal, though the gravity of his situation is not completely evident in his voice as he recounts falling 80 feet into a glacial crevasse on Mount Rainier and dragging his friend Mike Price down with him. The terrible events speak for themselves—Davidson, badly injured, had to climb out of the crevasse, leaving behind Price, who had died from his injuries shortly after the fall. Davidson narrates a bit too flatly, given the drama of the story. He is not a professional narrator; despite the absorbing nature of his challenging escape, the audio experience at times drags because of the lack of variation in his narration and the level of technical detail. S.E.G. © AudioFile 2011, Portland, Maine [Published: NOVEMBER 2011]