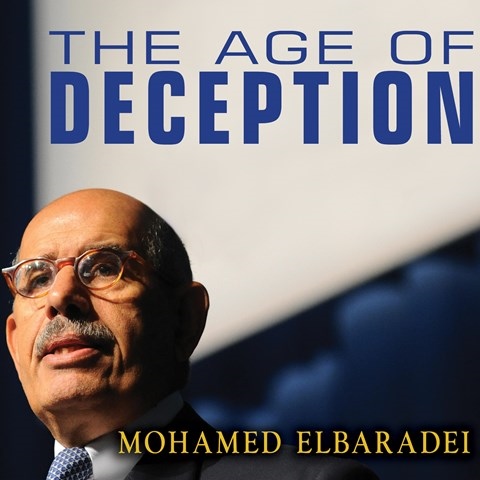 THE AGE OF DECEPTION Nucear Diplomacy in Treacherous Times

The story behind the weapons inspection of Iraq is a complicated, winding one, even with the benefit of hindsight. David Drummond is a precise narrator who helps give voice to Nobel prize winner Elbaradei’s incredible dilemma as the key leader in determining Iraq’s nuclear capability. Drummond manages to make meaning out of long, complex sentences that would trip up a less experienced narrator. He makes the most of the occasional short sentences by giving them more emphasis. Despite his best efforts, there are still times when the intricate prose may get beyond the listener as introductory clauses make it difficult to determine the main idea of a sentence. This said, those interested in the IAEA’s role in weapons inspections will likely find this reading enjoyable. M.R. © AudioFile 2011, Portland, Maine [Published: JUNE 2011]