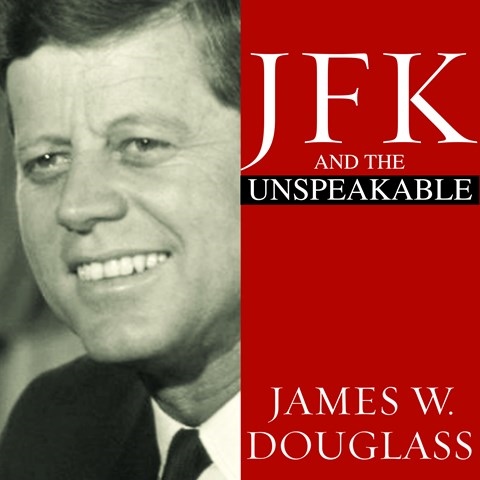 JFK AND THE UNSPEAKABLE Why He Died and Why It Matters

Despite meticulous research, Douglass uses largely unattributed information and interpretation to argue that JFK’s assassination was a CIA-inspired conspiracy. Douglass may have attempted too much here: a retelling of the Kennedy White House years, the early stages of the Vietnam conflict, U.S. relations with Cuba, including the disastrous Bay of Pigs incursion, plus the finer points of a conspiracy-theory perspective of the 1963 presidential assassination. In the audio format, the effort is too lengthy and complex to consistently hold the listener’s attention. Pete Larkin’s narration, sardonic at moments, uses a comfortable and positive style. His low-key characterizations of some of the principals make this effort more listenable. W.A.G. © AudioFile 2011, Portland, Maine [Published: AUGUST 2011]