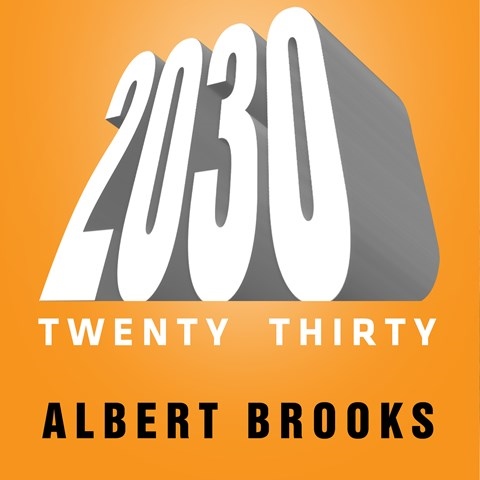 2030 The Real Story of What Happens to America

Dick Hill is a talented narrator, beloved for his renditions of the classics and action novels by Lee Child and Michael Connelly. Hill has gravitas; the man knows how to impregnate a pause. Movies by Albert Brooks, such as LOST IN AMERICA and DEFENDING YOUR LIFE, show actors—himself prominent among them—in circumstances so humiliating that they’re hilarious. Having chosen a futuristic setting for his first-ever novel, Brooks has upped the ante. The future is where many of us—all those unsaved—expect the worst. The combination of Hill’s deep voice and Brooks’s dark comic vision pushes hard at the line between what’s funny and what’s only sad. But hang on, because there’s a happy ending, or happyish. B.H.C. © AudioFile 2011, Portland, Maine [Published: JULY 2011]