Home»Reviews»YOUR VOICE IN MY HEAD 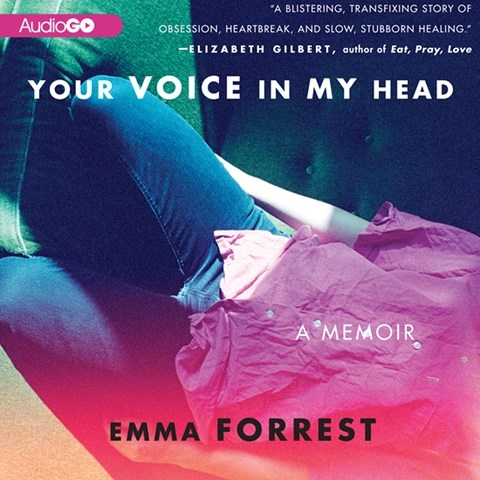 YOUR VOICE IN MY HEAD A Memoir

Emma Forrest reads her memoir with wide shifts in tone that represent her emotional swings as she pursues a path towards mental health. She begins by describing with dispassion her self-destructive behavior of cutting, bulimia, and attempted suicide. The combination of her flat affect, the stories she tells, and her low-key responses to her difficulties may create a difficult entry for listeners. When her voice brightens at her romance with GH, a movie star she doesn’t name, her story becomes more engaging. Another downturn in mood and delivery follows as GH ends their relationship and she’s surprised by the death of her sensible, caring psychiatrist. The author’s subdued tone, in text and narration, may make listeners wish they could hear Dr. R’s own voice instead of Forrest’s version of it. S.W. © AudioFile 2011, Portland, Maine [Published: DECEMBER 2011]