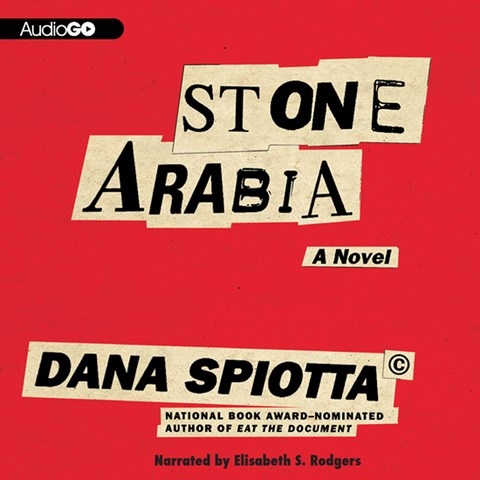 Dana Spiotta’s new novel is uneven. And in her performance of it, Elisabeth Rodgers has a strange way of humming final consonants of key words, almost to the point of adding ghost syllables after those that won’t sing. It’s distracting, but her voice is otherwise lovely, and she performs with admirable attention and skill, smoothly distinguishing the characters’ sexes, ages, and emotional states. The core of the story is a sister’s love for and frustration with her brilliant musician brother, who is gifted but solipsistic to the point of mental illness. Nik is a compelling creation, original and touching, though other parts of Denise’s life are less convincing, particularly her obsession with victims she follows on cable news channels, which seems like a padding device standing in for personality. B.G. © AudioFile 2011, Portland, Maine [Published: OCTOBER 2011]