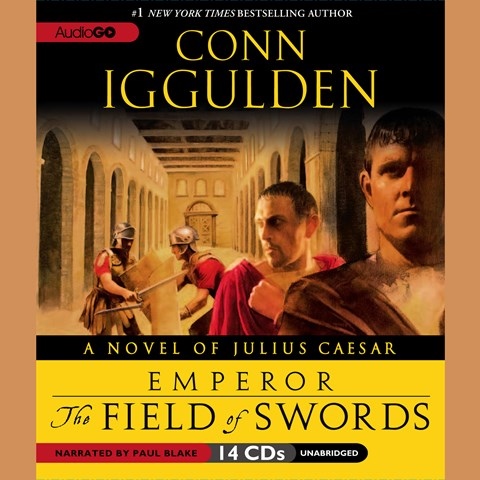 As the author tells the gripping story of Julius Caesar’s conquests in Europe, culminating with the battle for Britain, narrator Paul Blake keeps the pace lively and intense. His voice is expressive as he conveys the strong emotions of Caesar, Brutus, their warrior companions, and their alluring lovers. Overall, Blake is easy to listen, to and he stays in the background of the story. However, vocal differentiation of the wide variety of characters is, for the most part, nonexistent. He also misses an excellent opportunity to use accents in a story teeming with a variety of foreigners from all parts of the burgeoning Roman Empire. S.K.G. © AudioFile 2011, Portland, Maine [Published: AUGUST 2011]