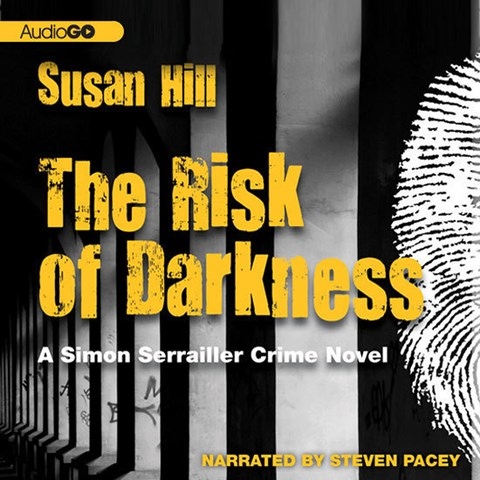 THE RISK OF DARKNESS

The third installment of Hill’s Simon Serrailler series centers on mysterious child abductions. Simon is called in to investigate the disappearance of a boy, allowing narrator Steven Pacey’s strong, British speaking voice to shine through the local police banter. Pacey relies on emotional tones rather than high pitch to expertly flesh out the novel’s female characters, who include a precocious child witness, a terrorized hostage, and Simon’s physician wife, who is treating a demented patient with CJD (mad cow disease). A taut police interrogation scene will have listeners’ palms sweating along with the prime suspect’s. The plethora of interesting characters and divergent subplots provides for hefty listening, and the continued development of the series regulars. J.T. © AudioFile 2011, Portland, Maine [Published: SEPTEMBER 2011]