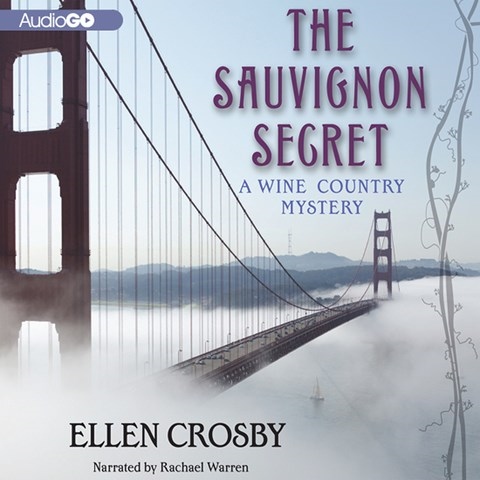 In the sixth of Crosby’s Wine Country Mysteries, Lucie, a vineyard owner in Loudoun County, Virginia, finds herself embroiled in crime, scandal, and romantic possibilities when her wine distributor is murdered. Narrator Rachel Warren paces the action well and conveys the emotions of Lucie’s friends who are possible suspects. Her characterization of Lucie’s niece is charming, and her French characters sound plausible. Lucie, however, is portrayed as speaking like a hillbilly, not like the resident of a sophisticated outer suburb of Washington. Listeners who can get past the incongruous accent will enjoy a competent whodunit, a love story, and beautifully described wine lore. D.L.G. © AudioFile 2011, Portland, Maine [Published: OCTOBER 2011]