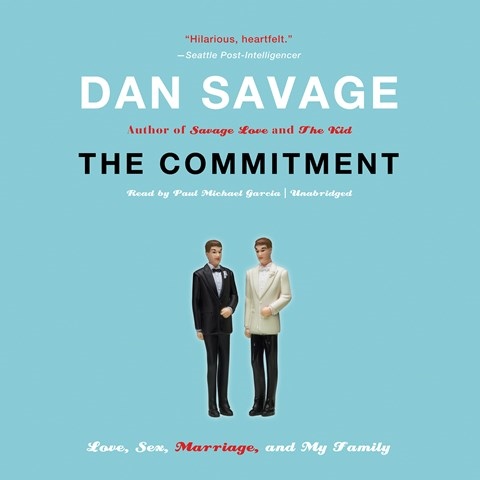 THE COMMITMENT Love, Sex, Marriage, and My Family

Advice columnist Dan Savage discusses the concept of marriage, an institution that, until recently, he and his loved one were essentially banned from participating in. Paul Michael Garcia strongly delivers the emphatic and critical tone of Savage’s book. Savage discusses the nature of relationships in the 21st century and traces his own deliberate journey toward marriage with this partner of 10 years, Terry. Garcia does exceedingly well teasing out the nuances of Savage’s arguments while juggling distinct voices for the other people in the book, including Terry, their young son, and other family members. L.E. © AudioFile 2012, Portland, Maine [Published: FEBRUARY 2012]