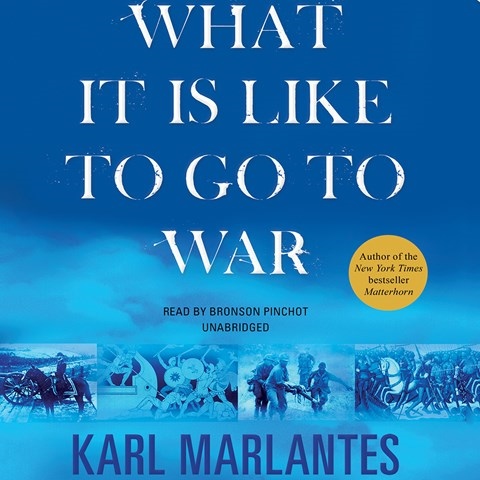 Bronson Pinchot does an outstanding job of presenting Karl Marlantes’s memoir of war, trauma, and recovery. Marlantes tells the harrowing story of his time in Vietnam and how it affected him for three decades after. His story is directed to fellow combat veterans, their families, and those who make policy about them—but it’s of interest to everyone. Refreshingly, Rhodes Scholar Marlantes doesn’t present himself as a faceless everyman but employs the full range of his considerable intelligence. Pinchot deftly follows as Marlantes shifts from well-told battle stories to policy analysis, then to Jungian archetypes, and back again. His tone is sometimes matter-of-fact and sometimes passionate (almost shouting) in marvelous synchrony with the author's words. F.C. © AudioFile 2011, Portland, Maine [Published: SEPTEMBER 2011]