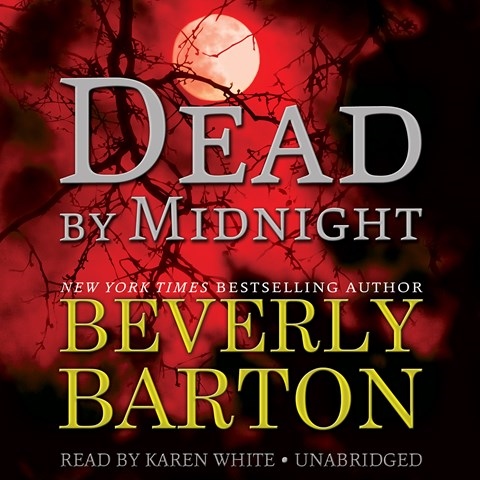 In this first installment of the Dead By trilogy, the Powell Security Agency is hot on the trail of a serial killer who is murdering actors who appeared in a porn film made years earlier. Feisty and regret-filled Lorie Hammonds, who has returned to her small Alabama hometown, may be the next victim if her former high school sweetheart, hunky Mike Birkett, the local sheriff, doesn’t forgive her and help find the killer. Karen White’s portrayals of Southerners sound relaxed and authentic. In addition, her transitions between male and female characters are smooth, and she gives each character an engaging, if not distinctive, voice. A.C.P. © AudioFile 2011, Portland, Maine [Published: DECEMBER 2011]