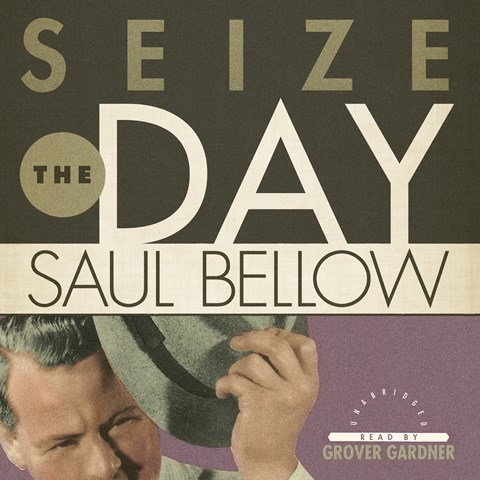 Tommy Wilhelm, a large man, is stumbling through a life that is crumbling before him. In SEIZE THE DAY, Bellow makes us feel, from within ourselves, this archetype of the failing man in modern America. Grover Gardner’s everyman narrative voice augments the fumbling, oafish life of Wilhelm by supplying the character with an air of bafflement, even helplessness. The pliable narration gives color to the supporting characters of Wilhelm’s father and especially to Doctor Tamkin, whose blunt philosophizing about living in modern times provides the core of this short novel. Gardner’s approach eschews the expected New York City accent for Wilhelm in favor of emphasizing his off-kilter inner turmoil, reminding the listener that SEIZE THE DAY is a dark comedy, not just grim reality. F.T. © AudioFile 2012, Portland, Maine [Published: JANUARY 2012]