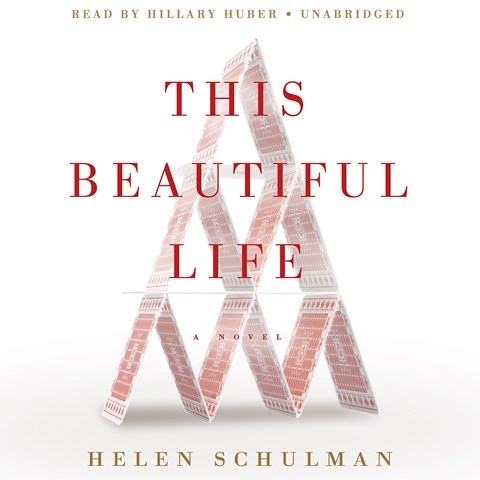 The Bergamots are upwardly mobile, supremely well educated, and hyper-socially conscious, so when scandal strikes their family, they have far to fall. Hillary Huber’s excellent narration makes the listener care about their descent. Huber’s voice has a soft hoarseness that adds an element of humanity to characters who might otherwise remain flat and unsympathetic. The point of view shifts between parents Liz and Richard and to their teenage son, Jake, whose role in the spread of a classmate’s X-rated Internet video brings the family to the brink of implosion. With the exception of kindergartner Coco, who sounds a bit too precious, Huber moves skillfully among the characters, providing food for thought about the modern family and the role of technology in everyday life. L.B.F. © AudioFile 2011, Portland, Maine [Published: AUGUST 2011]