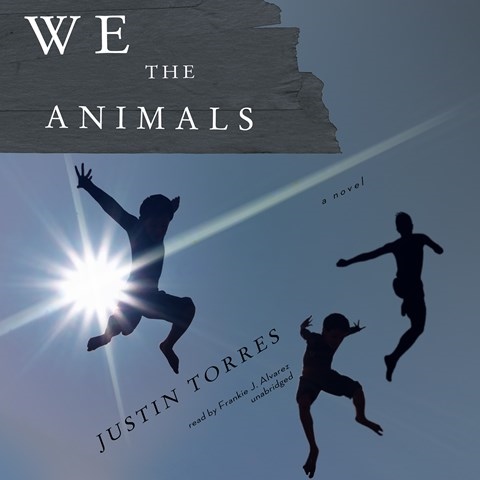 Justin Torres’s debut novel is coruscating, both violent and poetic, told by the youngest of three sons of a young, black Puerto Rican father and a white woman who was 14 when she gave birth to the first of them. Frankie Alvarez fits himself invisibly inside this mess of a household so that you feel the confusion, appetites, passions, and disasters of these five people as they crash together and rip apart. At first the young narrator has the point of view of a small child. He experiences himself as part of a mass of brothers, a “we.” Adolescent by the end, he knows that he is separate, and learns the devastating difference this makes. Alvarez unobtrusively and artfully serves a stunning text. B.G. © AudioFile 2011, Portland, Maine [Published: OCTOBER 2011]