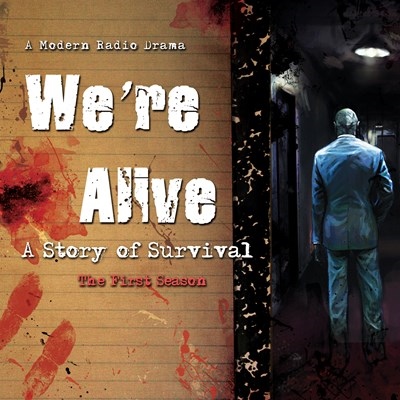 WE'RE ALIVE A Story of Survival, the First Season

by Kc Wayland | Read by a Full Cast

Twelve episodes from the first year of podcasts have been remastered and enhanced. The result is a group of audio dramas with added sound effects, improved sound levels, and an absence of commercials. Made for zombie enthusiasts, they explore a postapocalyptic Los Angeles that is being overrun by zombies. The interactions between the players are intimate and intense, with glimpses of humor and plenty of tension as the characters confront the monsters on the loose. Sound effects are extensive and effective in creating the atmosphere of fear among the human survivors. Background music adds drama. J.E.M. 2012 Audies Finalist © AudioFile 2011, Portland, Maine [Published: SEPTEMBER 2011]