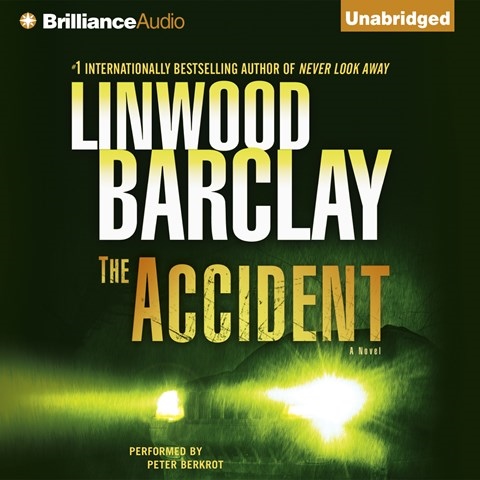 Glenn Garber's wife is killed in an apparent drunk driving accident, and, even worse, she was the one who was drunk. Then things keep getting worse. Linwood Barclay's novel is an amazing exercise in suspense and shock. But even as Garber's life threatens to spin out of control, the rock-steady building contractor manages to keep it together. Narrator Peter Berkrot’s voice reflects that semblance of control, though you can almost feel Garber cracking just below the surface as friends and neighbors fall prey to tragedy. Berkrot lets listeners into Garber's inner world as he hangs on—tenuously, at best. By the end of the audiobook, listeners will be exhausted by the twists and turns as Garber does what the police can’t —determine what is behind the deaths that shadow his New England town. M.S. Winner of AudioFile Earphones Award © AudioFile 2013, Portland, Maine [Published: APRIL 2013]