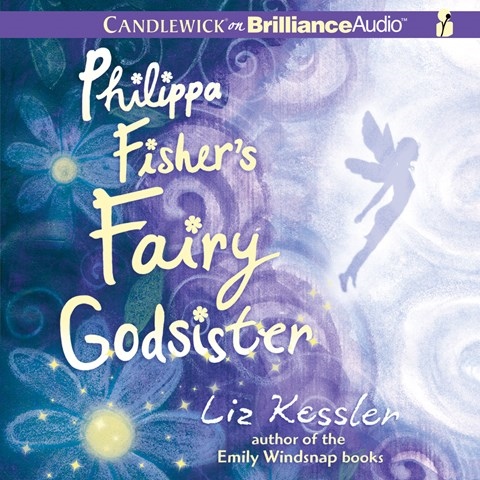 The combination of a girl, her fairy godmother, and three wishes sounds like a classic recipe for a dream come true, but Philippa’s fairy godmother is anything but typical. The dual narration of Kate Reinders and Julia Whelan highlights the difference between these two unlikely characters. Daisy, the fairy godmother, voiced by Whelan, has a lot to learn about compassion. Delivering Philippa’s three wishes is only a job to her—a detestable job. Whelan thoroughly embraces Daisy’s flippant attitude and constant irritation. She sounds like a petty sister, not like the friend Philippa craves since her best friend moved away. Reinders gives a nuanced portrayal of Philippa’s faults and strengths, which come to light as her wishes are granted. A.M.P. © AudioFile 2011, Portland, Maine [Published: AUGUST 2011]