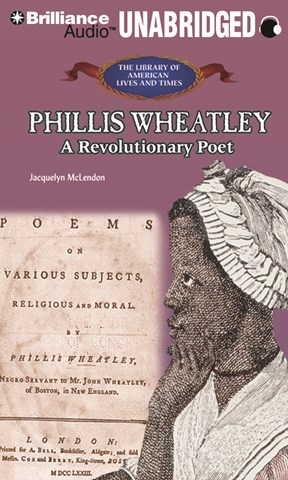 Phillis Wheatley, the first published African-American poet, was named after the slave ship that brought her to Boston and the family that purchased her. Wheatley’s complex identity has been central to both appreciation and criticism of her work. Allyson Johnson’s performance matches McLendon’s text in neither embellishing nor diminishing Wheatley’s triumphs and sorrows. Johnson’s voice is smooth and easy to listen to, and her straight delivery of this compelling narrative is well paced for the assimilation of its bountiful information. McLendon is careful to distinguish between fact and speculation, tying the poet’s story to historical events and pointing out the many ironies and contradictions in Wheatley’s life and revolutionary America. Occasionally, the flow is momentarily interrupted with interesting footnotes. A.M.P. © AudioFile 2011, Portland, Maine [Published: OCTOBER 2011]