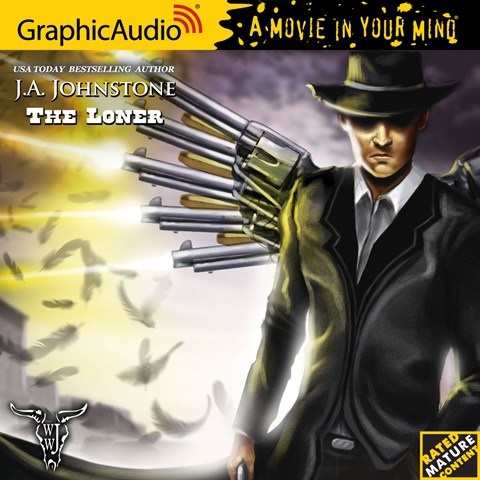 by J.A. Johnstone | Read by Ken Jackson and a Full Cast

Johnstone’s Western series is the perfect platform for the skilled folks at Graphic Audio to put their talents on display. Filled with realistic sound effects, an old-fashioned musical score, and an gifted cast of performers including Ken Jackson, the series is like a pulp paperback come to life. In the story, high-rolling businessman Conrad Browning is forced to unveil his lifelong secret in order to save his wife from bandits. The gunshots will have listeners ducking for cover as Conrad becomes “The Loner,” a ruthless outlaw who is seeking justice. The outstanding listening experience sets the standard for just how compelling audiobooks can be. L.B. Winner of AudioFile Earphones Award © AudioFile 2011, Portland, Maine [Published: OCTOBER 2011]