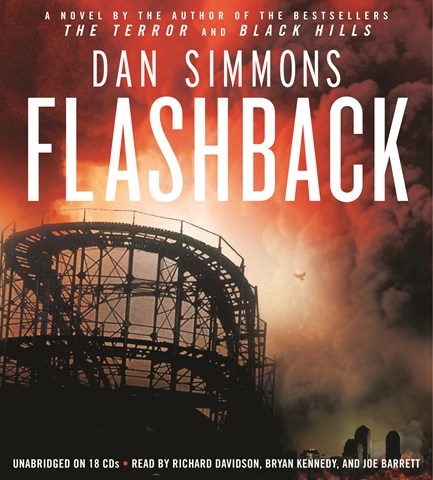 Even this trio of capable narrators cannot turn this lemon into lemonade. Ostensibly, it’s a murder mystery that takes place in 2032. Disgraced former police detective Nick Bottom is hired by Nakamura, a top official in a disintegrating America, to reinvestigate the unsolved murder of Nakamura's son The author hits you squarely over the head with his right-wing politics. America has declined because of Obama; Muslims and Mexicans have taken over; 911 is a celebrated holiday; global warming has been declared a fraud—and on and on. Had he removed the polemics, the book would have been somewhat entertaining. The three narrators all complement each other: slick narration on the part of Bryan Kennedy, rough voices on the part of Richard Davidson, and great accents from Joe Barrett. But they just can't carry the whole production. A.L.H. © AudioFile 2011, Portland, Maine [Published: DECEMBER 2011]