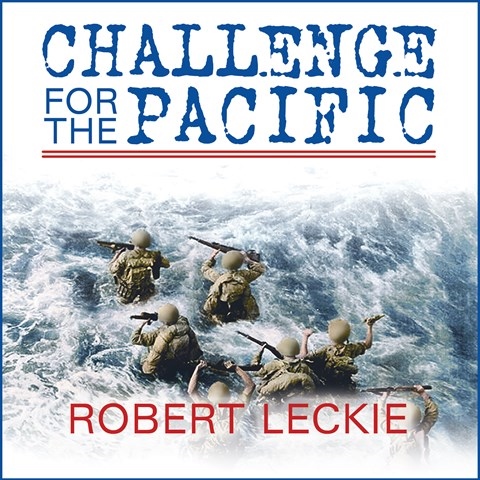 CHALLENGE FOR THE PACIFIC Guadalcanal: The Turning Point of the War

Twenty-first-century listeners may find themselves discomfited by the jaunty tone of Kevin Foley’s perfectly faithful reading of Leckie’s account of Guadalcanal—one of the seminal battles in the Pacific war. A post-Vietnam audience is likely to be dismayed by the portrait of war as glorious and heroic, with Marines consistently greeting the prospect of imminent death with gallows humor and steely determination. We are less able to accept an account of war that gives little credence to the idea that men were terrified or reluctant or doubtful. That hardly renders the account of Leckie—who was one of those Marines—as without merit. Foley creates a pantheon of memorable characters on both sides, and even if we reject much of the romanticism in the performance, the drama and the stakes remain potent. M.O. © AudioFile 2011, Portland, Maine [Published: AUGUST 2011]