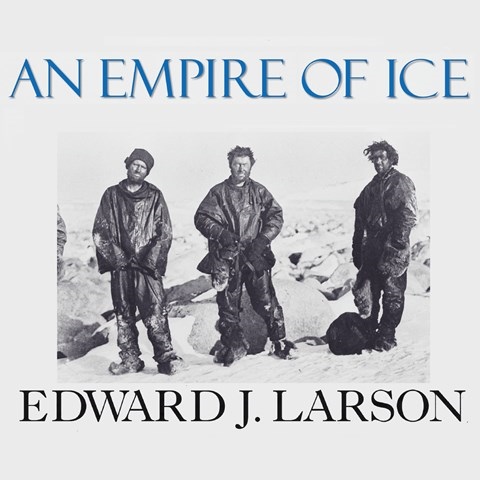 AN EMPIRE OF ICE Scott, Shackleton, and the Heroic Age of Antarctic Science

We are all familiar with Amundsen’s besting of Robert Falcon Scott in the race to the South Pole and then Scott’s recording of his dying days while hunkered down in a tent during a blizzard. But did you know that Scott’s expedition was carrying 35 pounds of fossils and rock samples that the team refused to abandon? John Nelson’s forceful voice emphasizes every word, managing to keep the listener engaged as Edward Larson views polar exploration through a lens of scientific purpose; expeditions employed scientists to expand knowledge (for the Empire!) in paleontology, geology, zoology, and magnetism. But Nelson is less successful with accents. He employs the same odd-sounding British accent for all the quotations to distinguish them from the narrative. Surely every explorer, scientist, and commentator didn’t sound the same. A.B. © AudioFile 2011, Portland, Maine [Published: OCTOBER 2011]