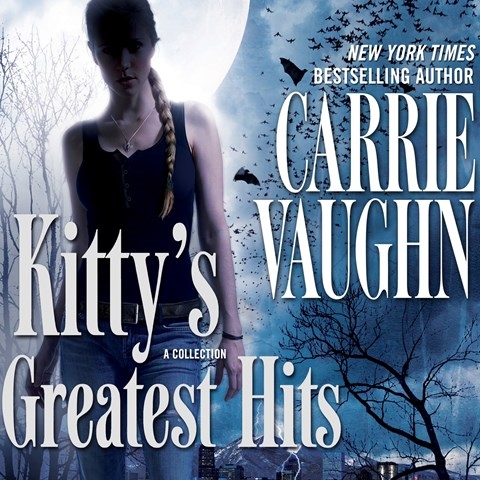 Kitty Norville is a werewolf DJ with a sharp wit who is surrounded by a memorable group of werewolf hunters, psychics, and vampires. Marguerite Gavin adds credibility to these stories with her strong, rich voice; she quickly switches gender and varies accents, tones, and volume to add to the drama. In "Conquistador de la Noche," listeners hear about the origins of Denver's master vampire, Rick, originally known as Ricardo de Avila. “Wild Ride" explains how Kitty's friend T.J. became a werewolf, and in "Long Time Waiting,” we learn more about Cormac, another of Kitty’s friends. Gavin finds unique voices for Kitty and her unusual group and easily switches between time periods, venues, and emotions. She delivers the wry humor as well as the pathos and bittersweet nostalgia when things don’t go as planned. S.C.A. Winner of AudioFile Earphones Award © AudioFile 2012, Portland, Maine [Published: MARCH 2012]