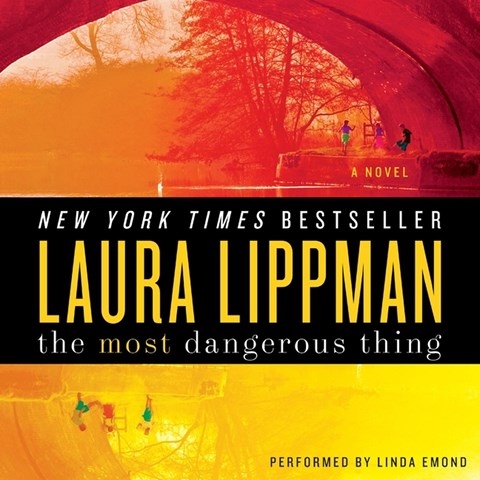 THE MOST DANGEROUS THING

In the late 1970s, five suburban children form an unlikely alliance and spend countless hours in the vast forest bordering their neighborhood. On the night of a hurricane, they become tangled in the death of a mysterious vagabond friend in the woods, creating a web of secrets that still impacts their lives 30 years later. Narrator Linda Emond employs limited characterizations, missing the opportunity to enhance the rich self-explorations of the characters whose lives are permanently impacted by the lies and guilt associated with that night. Still, her crisp, well-paced narrative provides cohesion throughout the intense recollections that are prompted by the funeral of the youngest, who was killed in a car crash that could have been suicide or an accident. N.M.C. © AudioFile 2011, Portland, Maine [Published: NOVEMBER 2011]