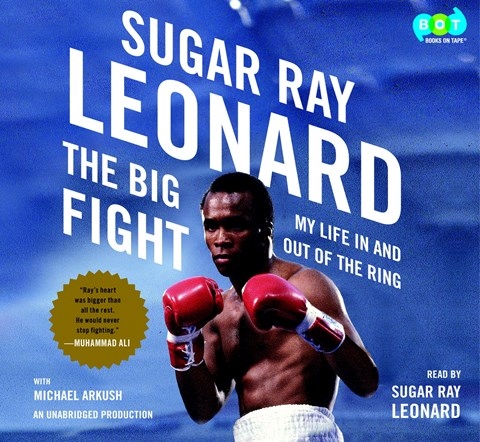 THE BIG FIGHT My Life In and Out of the Ring

The Olympics Gold Medal winner in boxing was raised in a poor household just outside of Washington, DC. Much is made of his two personalities: the champ “Sugar Ray,” who is an embattled egotist, and “Ray,” an evolving mature adult. Leonard recounts the chronological course of his life, routinely blaming others for his excesses and abuses until the very end of the volume. While the work is extremely detailed as to the recent history and facts of professional boxing, it is not all that enlightening relative to Leonard’s inner demons. The narration has a colloquial style and uses essentially identical inflection in every sentence. The endings of sentences also tend to trail off in volume. This audiobook would be best for Leonard’s fans and those with an enthusiastic interest in “the sweet science.” W.A.G. © AudioFile 2011, Portland, Maine [Published: JULY 2011]