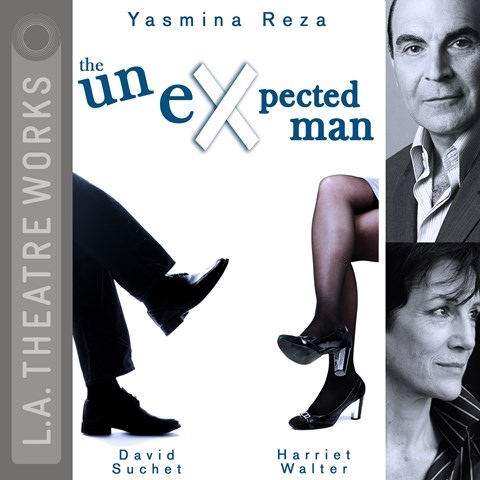 A man and a woman share a compartment on a European train. He’s an embittered, aging author; she’s a longtime fan of his work who recalls past sorrows and is afraid to read the maestro’s latest book in his presence. The play mostly consists of internal monologues. David Suchet and Harriet Walter both have fine voices and are accomplished at varying their tone and pace to keep their soliloquies interesting. Suchet even argues with himself in two subtly varied voices. His resonant, deep voice is especially enjoyable. Despite the sedentary premise, the play generates suspense and moments of insight, amusement, and even joy. This is a small, intelligent gem, finely played, with more depth than one might expect. The program includes a brief interview with the actors. W.M. © AudioFile 2011, Portland, Maine [Published: DECEMBER 2011]