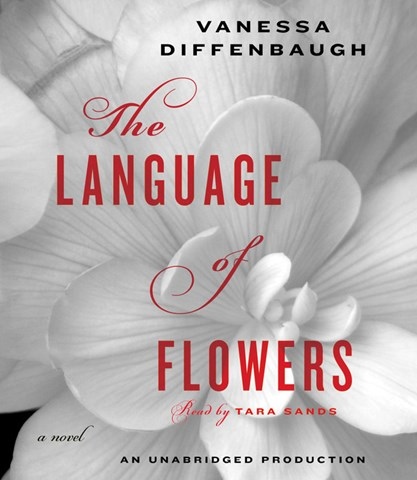 THE LANGUAGE OF FLOWERS

An orphan since shortly after her birth, Victoria Jones has few constants in her life other than the Victorian-era language of flowers, taught to her by a potential adoptive mother. Tara Sands excels in her narration of this story of pain, loss, and hope. Now aged out of foster care and group homes, Victoria must try to make a new life for herself. She supports herself by designing bouquets around the meanings of flowers, arrangements that seem almost magical, while at the same time she is haunted by the life she almost had. Sands captures perfectly the struggle of leaving a lost childhood to enter adulthood, of cautiously moving forward while being seared by the pain of the past. J.L.K. © AudioFile 2011, Portland, Maine [Published: SEPTEMBER 2011]