Home»Reviews»THE OTHER HALF OF MY HEART 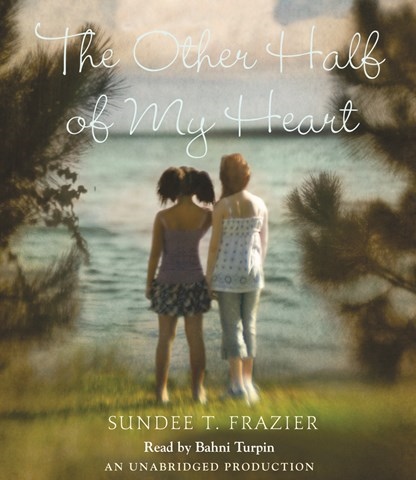 THE OTHER HALF OF MY HEART

Minerva and Keira King are one-in-a-million twins, not because they were born in a Cessna, but because Minni is white like their dad and Keira is black like their mom. Minni often wishes she looked more like the other women in her family, but she doesn't learn what it truly means to be different until the twins visit their Southern grandmother to compete in a black preteen beauty pageant. Narrator Bahni Turpin invests Minni's voice with a youthful lilt that convincingly conveys both her sense of mischief and her deepening confusion as she struggles with self-identity. Using a variety of pitches and light accents, Turpin increases the accessibility of this coming-of-age story—perfect for family listening. C.B.L. © AudioFile 2011, Portland, Maine [Published: JULY 2011]