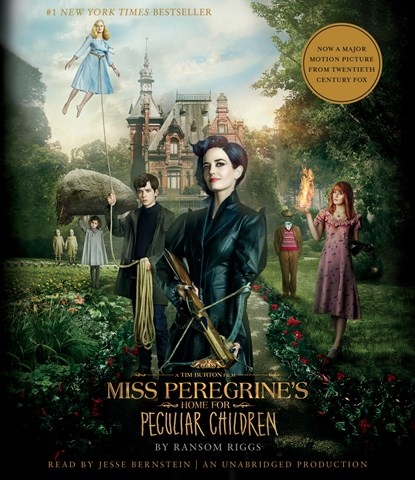 In addition to creating one of the best titles for a young person’s book in recent memory, Riggs has also produced a clever and unusual first-person story of time travel. Jacob loves his grandfather but is a bit wary of his fantastic stories of his youth and the weird kids who were his friends. Narrator Jesse Bernstein is compelling as Grandad and Jacob, as well as the diverse kids who were sent off to a Welsh island for safekeeping during WWII. At times, the story is a bit difficult to follow, but listeners are aided by Bernstein’s steady narration. The abrupt ending is a surprise—even a disappointment. One hopes for a sequel. S.G.B. © AudioFile 2011, Portland, Maine [Published: JULY 2011]