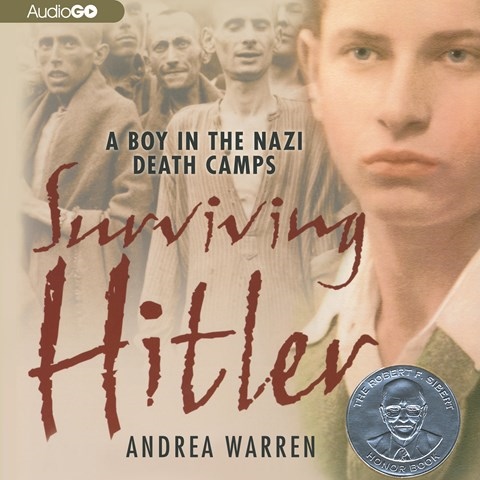 SURVIVING HITLER A Boy in the Nazi Death Camps

Aaron Lockman has a charming, quirky voice. He delivers Jack Mandelbaum’s childhood recollections with ease, even as they grow increasingly dark. From interviews and research, Warren reconstructs Mandelbaum’s experience as a young Polish Jew who is trying to survive Hitler’s concentration camps. Listeners experience Jack’s naïve excitement at the rumors of war and his last happy boyhood memories. Though never glossing over the atrocities, the narrative doesn’t dwell on the brutality, focusing instead on survival. Jack’s persistent optimism refuses to be corrupted as his life disintegrates. The production suffers from an odd glitch: Some parts of words sound digitized. This is especially apparent in the foreword. The story, however, is compelling enough to keep listeners engaged despite the flaw. A.M.P. © AudioFile 2011, Portland, Maine [Published: OCTOBER 2011]