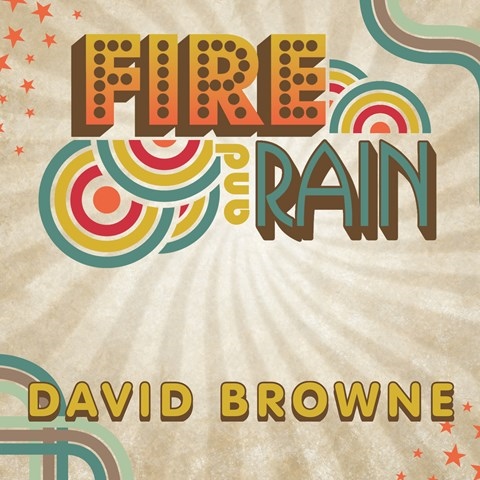 FIRE AND RAIN The Beatles, Simon & Garfunkle, James Taylor, CSN&Y and the Lost Story of 1970

Among Baby Boomers, there’s no shortage of recollections of lost innocence. FIRE AND RAIN is the latest memoir to try to make sense of coming-of-age in that era against the backdrop of rock and roll. It’s an interesting take on the crossroads between sixties communalism and seventies individualism. Sean Runnette’s woodsy voice at first seems an anomaly, more apt for reading an outdoor manual. But since rusticity was a shared motif among all of Browne’s appointed troubadours, Runnette's unfurling smoky cadences emphasize the “mellow” groove—and also perhaps how Browne’s selection of these artists, from an era of increasingly complex and groundbreaking music, highlights the book’s socio-political shortcomings. J.S.H. © AudioFile 2012, Portland, Maine [Published: JANUARY 2012]