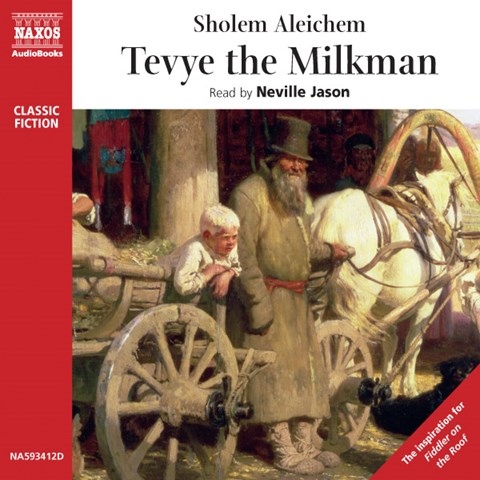 More literate devotees use the collective title THE TRAGEDY OF TEVYE AND HIS DAUGHTERS for these first-person narratives of the lovable shtetl dairyman in turn-of-the-century Russia. Despite their warm, gentle humor, a fin-de-siecle melancholy anticipates the end of the czarist world and the rural, Jewish subculture within it. If anyone should know this material, it's Theo Bikel, the Israeli-American folk-singer and actor, who performed the role of Tevye in FIDDLER ON THE ROOF, the musical based on this, the most universally beloved of all Yiddish fiction. And sure enough, he gives a thoroughly idiomatic interpretation. Some may be disappointed that he reined in the sentimentality, but others, less nostalgically attached to Old World ways, will find it an enhancement. Y.R. ©AudioFile, Portland, Maine [Published: OCT 96]