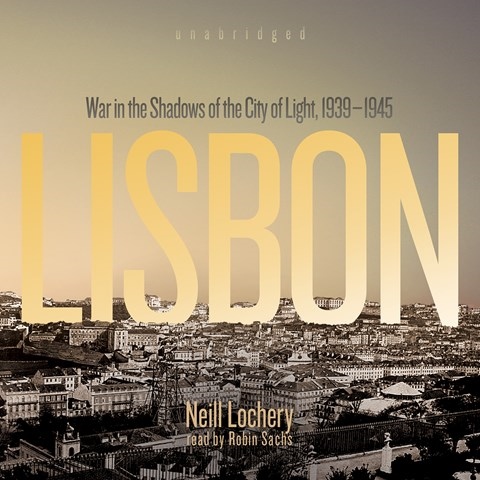 Robin Sachs is an apt, if not surprising, choice as narrator for Neill Lochery’s polished narrative of intrigue, profit, and ennui in WWII Lisbon. Portugal’s precarious neutrality was maintained by the machinations of its proto-fascist dictator, and its wartime balancing act served both sides—and no less Portugal itself, which ended the war with some millions in suspect bullion. Sachs spins out this tale of worldly fortunes with grace and precision, and just the right balance of tone. His voice evokes the era and, like Lochery, an understanding of the complicated motives that drive people, and nations. Lisbon’s wartime history—which embraced the fortunes of the Duke and Duchess of Windsor, film actor Leslie Howard, and British spy, later novelist Ian Fleming—proves informative, insightful, and fully engaging. D.A.W. Winner of AudioFile Earphones Award © AudioFile 2012, Portland, Maine [Published: APRIL 2012]