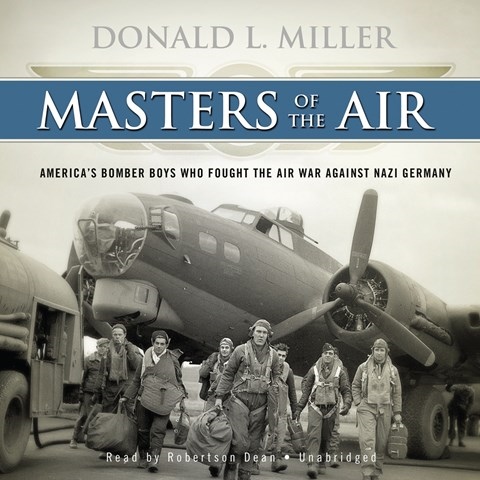 With deaths numbering around 26,000, the U.S. Air Force fliers stationed in Britain during WWII courageously faced a range of problems. While there are a few stories of British life or celebrity fliers such as Jimmy Stewart and Clark Gable, most of Miller's account of the air war in Europe is bleak and unsettling. Narrator Robertson Dean manages to convey the bravery along with the risks as he shares stories about extensive PTSD, POW camp life, and the air destruction of Nazi Germany. Listeners will be disturbed by the toll the war took on those who flew but will appreciate their importance in winning the war. J.A.S. © AudioFile 2012, Portland, Maine [Published: MARCH 2012]