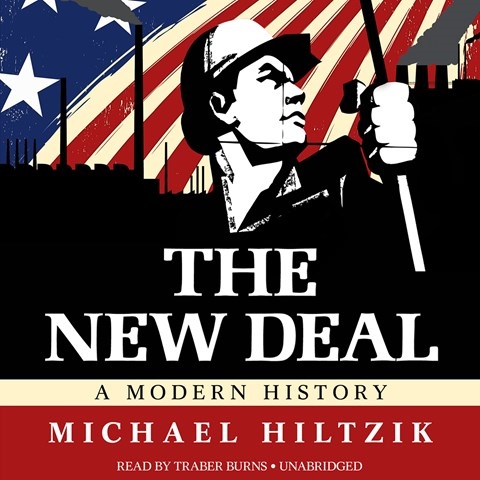 THE NEW DEAL A Modern History

Hiltzik’s book is an important addition to our understanding of a significant period in recent American history. His engaging and relatively unbiased treatment of the New Deal—which took place from the inauguration of Franklin Roosevelt to the beginning of WWII—fills a gap in recent popular history. Hiltzik’s chapters on the WPA Arts Project deserve special praise. Traber Burns’s narration is clear, even, and emphatic. He makes an avalanche of events and dates easily accessible to the listener. Burns seems to draw some of his inspiration from the great radio announcers of the era. He indulges in the occasional accent—Franklin Roosevelt is irresistible—but always with a light touch. F.C. © AudioFile 2012, Portland, Maine [Published: MARCH 2012]