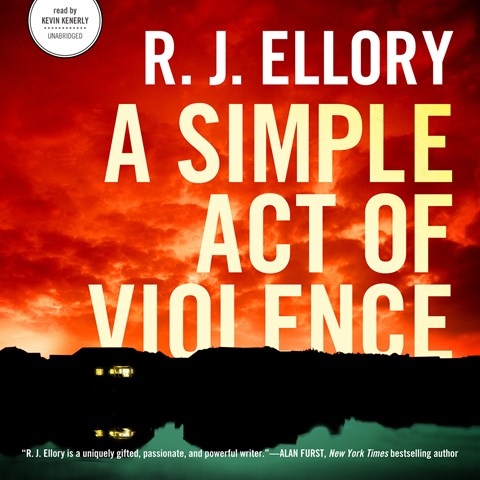 A SIMPLE ACT OF VIOLENCE

Kevin Kenerly narrates Ellory’s thriller with all the suspense and depth it deserves. He offers an intense, deep, and even troubled first-person portrayal of Jon Robey, a CIA assassin with a backstory that spans from his childhood to his 1980s operations in Nicaragua to his present-day role as a college professor. His chronicle is juxtaposed with the third-person account of Detective Robert Miller, who leads the Washington, DC, police department’s investigation into Robey’s connection to the murders of four women. Kenerly provides an interesting touch of warmth beneath the urban-cop exterior of Miller, along with a host of believable supporting characters. This is a crime story with government conspiracy, violence, corruption, and psychological intrigue expertly woven throughout by both author and narrator. K.C.R. © AudioFile 2011, Portland, Maine [Published: DECEMBER 2011]