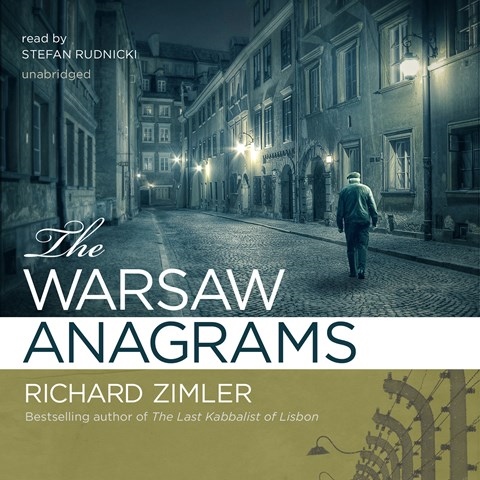 On a 1941 visit to the Jewish ghetto in Nazi-occupied Warsaw, a new ghost tells his story to someone who still walks among the living. Stefan Rudnicki delivers the first-person narrative in a deep, versatile voice. As the ghost talks about his investigation into the death of a nephew, listeners will feel his many emotions. These are conveyed as he recounts his memories of such events as his last walk with his nephew and their receipt of fresh lemons to fight scurvy. Both gentle and powerful, Rudnicki’s narration captures the terrors of a strange mystery and a frightening era of history. J.A.S. Winner of AudioFile Earphones Award © AudioFile 2011, Portland, Maine [Published: DECEMBER 2011]