Home»Reviews»FAILURE IS NOT AN OPTION 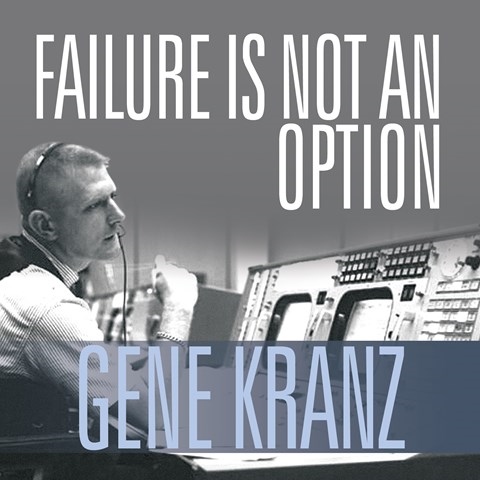 Author Gene Kranz was a flight director for Mission Control during all the major space expeditions of the earliest days of NASA. He took the helm for both the moon landing and the infamous Apollo 13 mission. Narrator Danny Campbell delivers a simple, understated performance and largely allows the material to speak for itself. These incredible stories will thrill listeners of all ages, whether they watched the missions on television or they've never even heard of the Apollo program. Campbell's delivery is steady and focused; he keeps listeners engaged for the duration of the book, even when some of Kranz's stories seem to lag slightly from the sheer weight of his experiences. L.B. © AudioFile 2012, Portland, Maine [Published: AUGUST 2012]