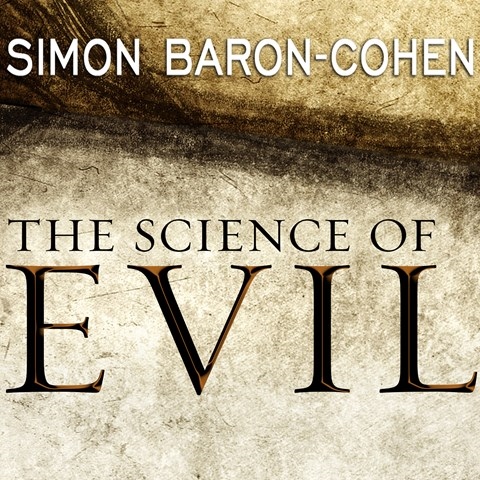 THE SCIENCE OF EVIL On Empathy and the Origins of Cruelty

Psychologist Simon Baron-Cohen's fascinating work discusses biological and environmental components that may lead to a lack of empathy. Jonathan Cowley delivers the material in a strong British accent and rich tones. Cowley's narrative style, in concert with Baron-Cohen's clear writing, makes the subject matter accessible and engaging. Cowley guides the listener through the author's discussions of borderline personality disorder, psychopathy, narcissism, autism, and Asperger's syndrome, conditions that Baron-Cohen says have in common a lack of empathy—but with widely differing outcomes. All in all, Cowley gives a strong narrative performance of some thought-provoking ideas on the nature of empathy and evil. S.E.G. Winner of AudioFile Earphones Award © AudioFile 2011, Portland, Maine [Published: DECEMBER 2011]