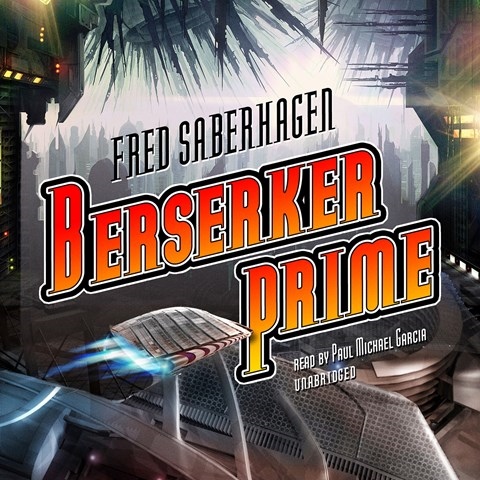 Saberhagen began one of the greatest series in science fiction, a tale of war between humanity and alien machines (BERSERKERS), in 1963. He died in 2007, and the series lives on, becoming more and more influential with each passing decade. (Think, for example, Terminator, or Borg—machine intelligence run amok. This is a prequel story of mankind’s first encounter with the killing machines, with a good dose of interplanetary politics thrown in. Paul Michael Garcia narrates with practiced expertise, bringing subtle characterization to the ear while employing a cadence that makes the flowing plotlines as well as the characters instantly understandable. He has narrated other books in the series, and his experience pays off here. D.R.W. © AudioFile 2012, Portland, Maine [Published: APRIL 2012]