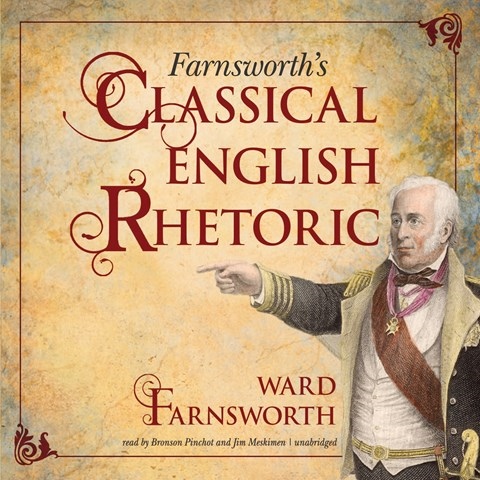 The study of classical rhetoric may seem irrelevant in the age of Twitter, and the idea of a book of categories and examples may not instantly promise an engaging audio experience. But Ward Farnsworth’s explication of English rhetoric proves enlightening, and its examples are excellent. Bronson Pinchot’s reading of the text, balanced with Jim Meskimen’s voiced readings of the examples, is steady paced enough to absorb but brisk enough to hold one’s interest. The examples, delivered in the voices of Churchill, Shakespeare’s Juliet, and a host of Dickens characters, among others, make up an anthology of famous sayings and declarations, and wear well upon re-listening. This is a title best taken in chapters. Each of 18 rhetorical figures is covered in around 20 or 30 minutes—a good month of work commutes rewardingly spent. D.A.W. © AudioFile 2011, Portland, Maine [Published: DECEMBER 2011]