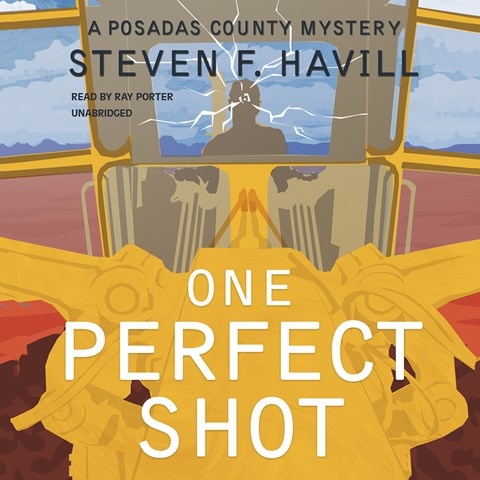 The latest entry in the Posadas County Mysteries is a prequel that introduces Estelle Reyes, newly appointed deputy and mentee of Undersheriff Bill Gastner. Ray Porter proficiently handles the colorful male and female characters and Hispanic accents. His pacing is perfect as the story unfolds the puzzling murder of Larry Zipoli, which involves investigating his wife, neighbors, boss, fellow workers at County Maintenance, and even youngsters the victim took boating. Porter gives careful attention to all—those involved in the cold-blooded murder and those who just want to know who did it and why. S.C.A. © AudioFile 2012, Portland, Maine [Published: APRIL 2012]