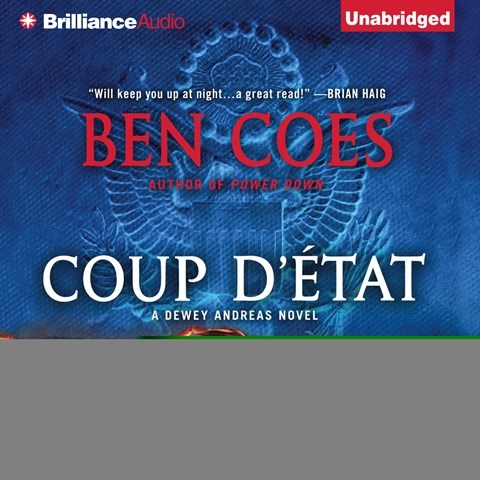 David de Vries shows considerable flexibility in his polyglot palate as he guides listeners across four continents. His talent at switching between accents—Australian, American, Indian, Pakistani, and Arabic, among others—is flawless as he depicts the characters in this sequel to Coes’s 2010 novel, POWER DOWN. An Islamist cleric and a bitter megalomaniac are moving the chess pieces to orchestrate a nuclear battle between India and Pakistan. State Department strategists believe such a battle can only lead to a nuclear world war. Former Delta Ranger Dewey Andreas is the only man who can stage a coup in Pakistan that will end the nuclear threat. While bringing the diverse characters alive, de Vries gives the novel a cool, even narration that helps sustain the suspense. S.E.S. © AudioFile 2012, Portland, Maine [Published: APRIL 2012]